An Interview with Hugh Howey, Self-Publishing… | NY Book Editors
‹ Back to blog

“My dream has been to write for a living, and self-publishing makes that more possible for more people than the traditional system. Maybe that could change in the future, but that’s just the reality right now.”

Hugh Howey is the author of the award-winning Molly Fyde Saga and the New York Times and USA Today bestselling Wool series. The Wool Omnibus won Kindle Book Review's 2012 Indie Book of the Year Award, peaking at #1 in the Kindle Store, and 17 countries have picked up the work for translation. The Wool Omnibus will be published by Random House UK this fall, and film rights have been optioned by Ridley Scott.

We talk with Hugh about the future of self-publishing, the changing publishing landscape, and the ongoing debate over whether or not self-publishing is the right choice for every author. Hugh shares his uncanny insight and real-world experience with this process, from rewriting drafts to strategies of self-promotion, and describes the story of how he came out on top of a “hybrid” publishing deal.

On the story of his publishing deal:

“…and so I kept saying no to offers, and we kept telling publishers what we were looking for. It was Simon and Schuster who stepped up to the plate and offered a landmark deal…” (2:22)

The practical insight of his decision:

“My feeling was that they were offering what they thought was competitive… Amazon, Barnes and Noble, KOBO, these outlets—they pay authors 70% royalties. And publishers pay 17%. You’re looking at selling five times as many books to break even, and I wasn’t convinced that any publisher could guarantee that.” (3:23)

Hugh’s strategy for connecting with readers:

“If a work is enticing—and that doesn’t mean that it’s beautifully written…if it’s a unique and engaging story and great characters, that’s what readers are looking for.” (5:56)

“…writing flowery prose with perfect sentence structure...is great in English classes and for your MFA. But to appeal to readers, you need a kickass story with kickass characters and that’s not something you learn from school, that’s something you learn from absorbing a lot of material. I think if you write something that’s powerful, and you get at least 100 people to look at it, if it’s the kind of thing that when you read it, you tell ten other people about it—those things are going to rise to the top.” (6:12)

Hugh’s own insight into the writing process is powerful—and he believes that anyone is capable of developing their storytelling skill:

“If you take in enough stories and you start writing a few on your own, you’ll realize, ‘Oh I just came up with a plot twist, I had no idea I knew how to do that and now, I just saw myself do it and even though it felt magical—that means I’m capable of it.’” (7:08) 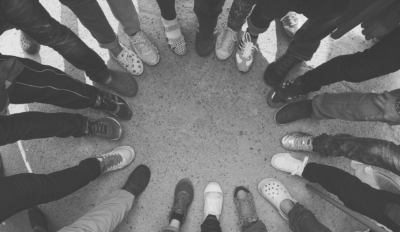 Crowdfunding for Authors: Should You Use Kickstarter to Fund Your Novel?
Are you an author who needs financial assistance? Don’t miss this post. Here’s how to get started with crowdfunding for ...
Read More 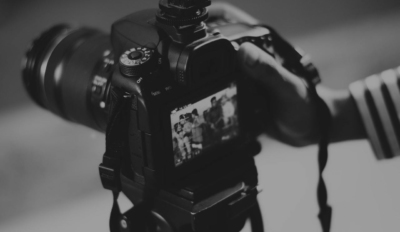 Video Marketing for Authors: A Beginner-Friendly Guide
When used as a marketing tool, video can help get exposure. Here’s how to use video marketing to spread the word about y...
Read More 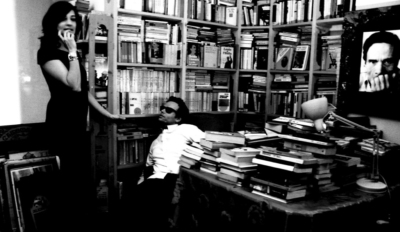 How Studying Poetry Made Me a Better Writer
I consider myself a prose writer, which makes sense given that I write exclusively in prose these days....
Read More