What's the Value of Writers Retreats? Community. | NY Book Editors
‹ Back to blog 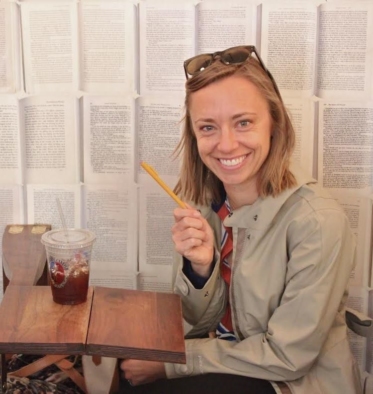 Literary agent Chelsea Lindman and editor Heather Lazare say it was a desire to “nurture new talent” that drove them to establish the Northern California Writers Retreat. The event, which will happen for the first time in March, will host a small group of authors in an idyllic setting: the Santa Cruz mountains. We spoke to Lindman and Lazare about why it makes sense, economically and otherwise, to head to the hills and write.

NYBE: What inspired you guys to establish a writers retreat?

One of the cabins at NCWR.

CL: It was something that each of us had been thinking about for some time independently, but it wasn't until we connected in San Francisco that the concept for NCWR really became a reality. We're both interested in giving fresh voices as much of a leg up as possible. That's part of my work as an agent, and certainly what Heather does in her editorial and consulting work. Giving writers time and space to write falls right in step with the rest of our work.

NYBE: As members of the industry--Chelsea, you work for Sanford J. Greenburger, and Heather you're a consultant who previously worked for both Random House and Simon & Schuster-- I’m sure you’ve both attended your fair share of publishing events. Did you try to model NCWR on anything you’ve liked?

HL: We’ve both been to a number of conferences over the years, and we've always come away feeling inspired yet overwhelmed. In my experience, I’d always be moderating a panel at the same time three other awesome panels that I wanted to attend would be happening. Conferences can be a bit of literary overload; Chelsea and I both crave those quiet moments where we can just think, and connect with a few people rather than a roomful.

We spent time talking to authors who had attended other workshop-heavy retreats like Tin House and Squaw Valley and we wanted to emulate the feel of those, but on a smaller scale, plus provide more time for writing. I studied the website for Sirenlands, drooling at the prospect of working with authors on a cliff in Positano, and realized that we also had something beautiful to offer right here in California.

NYBE: In general, what do you think are some of the best things about writers retreats?

CL: Community. Of course, it's awesome for writers to step away from their everyday responsibilities—family, work, school, laundry—and for a few days simply be a Writer, with nothing to think about other than putting words to the page. That said, the community that writers build while at a retreat lasts much longer than time spent in some remote locale. In the best retreats, attendees come away feeling as though they are part of a club, or family. That feeling of community is huge—and what we're hoping to achieve with NCWR.

NYBE: Your retreat is rather small—it’s only open to 12 writers—and is set in a very idyllic spot. Why such a small group, and why this setting?

HL: Chelsea and I are both California natives, and from the moment I drove up to the Sequoia Retreat Center (where the conference will be held), I knew immediately this was the place. I think I left Chelsea several rambling voicemails using superlatives to describe the majestic beauty of the redwoods and the grounds.

CL: Also, a big motivator for us is putting like-minded and similarly-motivated writers in the same space for a few days and watching the magic unfold. I've always been amazed by my clients' work ethics, creative drive, and generosity to fellow writers. And who knows—the writer you're sharing S'mores with in the Santa Cruz Mountains one night might soon be that bestselling author offering to blurb your debut novel!

NYBE: It’s always difficult to spend money on a passion project when you don’t know what the outcome will be. When it comes to writing a book, it can seem odd to pay someone to help you in the process—be it an editor or another professional. It seems, nonetheless, that this is happening more and more; so many of the books we buy are written by authors who worked with an editor before the self-published, or sent their manuscript to an agent. Why is this?

HL: I think these days, the barrier to entry at a publishing house is very high, especially if an author’s dream is to be published by one of the “Big Five.” Today, agents, and therefore publishing houses, are eager to take on work that is ready to be published. I mean, of course that was always the case, but I think agents are so overwhelmed with submissions that when they see something that sticks out as being polished and ready, it’s a relief.

That’s not to say that editors at publishing houses don’t edit—they do, and what is eventually published from those houses is all the better because so many hands have been on it, making it the best it can be before it’s offered to the public. I think more authors are pursuing freelance editors and spending months (years) workshopping their books because if it’s in the best shape possible before it goes to an agent, they have a better chance of being signed and are one step closer to being published.

You can find out more about the Northern California Writers Retreat here. For information on how NY Book Editors, and how we can help you achieve your writing goals, click here. 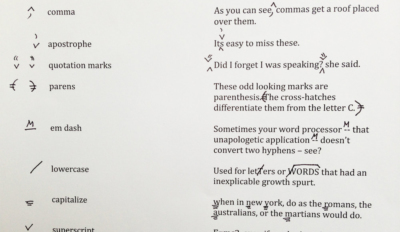 A Guide to Copyediting Marks
What do these weird marks strewn all over my beautifully typed pages mean?...
Read More 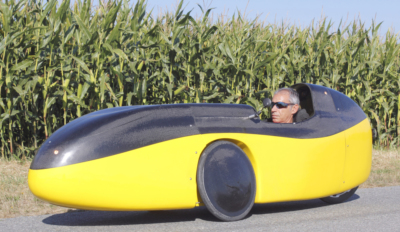 Inside an Edit: Line Editing
When editors talk about polishing sentences, making them smoother, what do they mean? How do you streamline prose with a...
Read More 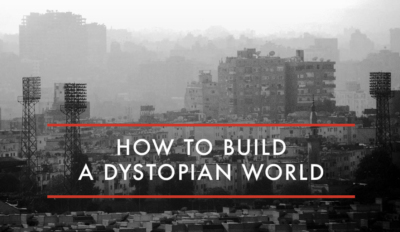