Make It Sexy: How to Write Sex Scenes 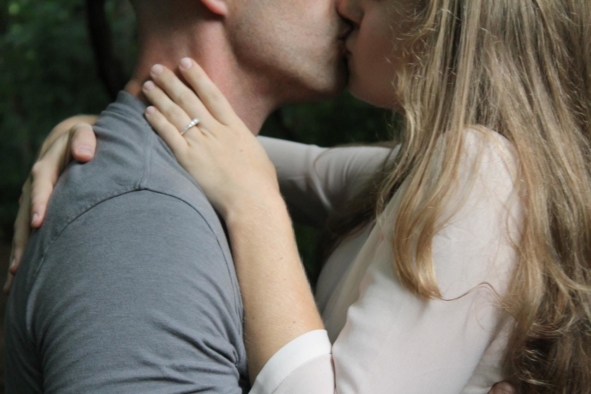 It takes skill to write an immersive and emotional sex scene. You can’t just jump up and jackhammer out a sexy scene. You must take your time and approach it with care, because, just like with sex, there’s a right way to do it and a wrong way to do it.

So, without further ado, let’s discuss how to write a darn good sex scene in fiction.

Ask Yourself This Question

Is it even necessary?

If you're writing a romance novel, sex scenes are almost always mandatory. But if you're writing in another genre, like mystery or speculative fiction, you may not need to add sex at all.

Sex sells in Hollywood, but literature is more nuanced than film. You don't need to include sex in your novel just to grab your reader's attention. Characterization, pacing, and plotting should do the heavy lifting. In fact, adding gratuitous sex to your novel may actually slow the pace, cheapen the story, destroy your characterization, and insult the reader.

Even though your characters are created beings, they still have their own agency. As writers, we shouldn’t impose our will on the characters. Instead, we take on the dual role of voyeur and recorder. We give the character a set of circumstances, watch how everything plays out, and then we write it down. Trust your characters to make their own choices.

A follow-up question to ask is if this sex scene moves the story forward.

Sometimes, you can simply imply that sex happened without retelling the entire scene. It’s not always necessary to share every intimate detail with your readers, especially if it drags the pacing to a halt. Pacing is one of the most important parts of storytelling. Learn more about pacing and tension in this post.

So, does the sex scene move the story forward?

If the answer is “yes,” let's go to the next step.

Don't Get Stuck in Modesty Mode

When you write sex scenes, it’s gonna get raw. There are arms, legs, emotions, sweat, and nipples. If that made you squirm, you’re not ready. Come back after you’ve eaten some nachos, downed a beer, and thrown modesty out of the way.

Remember that you’re on this step because you believe this sex scene is integral to your story’s plot. So, if it makes sense for the characters, don’t allow your sense of embarrassment to weaken the story.

Use a Lot of Detail

Here I am with your daily dose of “show, don’t tell.”

Never is that advice more important than with a sex scene. Instead of saying that the characters had sex, describe exactly what’s going on. Record every bead of sweat. Make mention of every moan.

Look at each moment as a still photograph and describe what you see. And don’t forget about the emotional exchange between your characters— how one may adjust their position for the other. Describe the feeling behind every glance. The pressure of each kiss. The movement of light and shadow on their skin.

After writing the sex scene, you may realize that there’s no need to include every single detail. This goes back to pacing. If you spend a few pages, or even a chapter, detailing the entire sexual escapade, your storytelling can suffer. The hot and heavy sex scene can become a grind to read. Plus, slowing your pace may make it difficult to speed back up again.

Another reason to truncate your sex scene could be your audience. If you’re writing for young adults (ages 12-18) or new adults (ages 18-30), the topic of sex scenes can get a little awkward. Yes, some teenagers have sex, but does your average teenager need to read a full-on sex scene for it to have the intended impact? No. Sometimes, restraint is necessary and even preferred in order to tell the best story to your reader.

How to Write for Young Adults (Even If You Aren't One)

See From Your Characters' Eyes

Remember how I said not to visualize your mom while writing? Here’s what you do instead: Jump into one of the character’s heads and see it from their perspective.

Even if you’re writing your story from third-person omniscient, it’s essential that you stick with one perspective in the sex scene. This cuts down on confusion (for your reader), helps with characterization, and provides for a more captivating reading experience.

The reader needs to be a part of the scene, not some awkward observer in the corner of the room (that’s your job). Here’s how you do it: Assign an imaginary camera to one character so that the reader can see exactly what this character sees.

Writing a sex scene requires that you move in very closely to your characters. You’ve got to be all up in their space to tell it with breathless emotion. If you switch characters, you’ll lose intimacy, so stick to one.

Tension is an important part of sex, and so it is with writing sex scenes. In an effort to make them integral to your plot, your sex scenes should be tight with tension, but how do you do that?

Your sex scene should never be just about sex. It needs to move the story forward by forcing some sort of character development.
Tweet this

Figure Out What Happens After the Moment of Glory

They had sex. Now what?

Don't end your chapter with a sex scene unless the next chapter starts with the repercussions of sex. Otherwise, if you don’t tie sex into the rest of the story, you’ll miss an important character development opportunity. I, the reader, need to know what happens in the story immediately after the characters have sex as a result of them having sex.

Do they fall asleep together in love?

Do they wake up in the morning together in disgust?

Does one character leave?

How does the other, now-abandoned character feel?

I mean answers, man! Sex is a huge deal. It should prompt the characters to make new choices that they may not have otherwise made. If sex doesn’t change your characters, it doesn’t belong in your story.

Are Your Characters Under-Developed? Here's a Helpful Guide to Find Out

Write it at Once

When writing a sex scene, don’t break your narrative to go pee or get a taco— Wait, why are you eating?

Sex demands your full attention (at least, good sex does). And, just like with sex, you don’t want to break in the middle to do something else. After all, you wouldn’t stop in the middle of the act to eat a taco, would you? Don’t do it when writing a sex scene.

The ebb and flow, push and pull, rise and fall of sex are best written as one, flowing narrative. If you stop, it’s hard to capture that same moment. Trust me on this.

After writing the scene, take a break. Then re-read? Does it make you feel tingly? You’re doing something right. When it’s time to edit/ rewrite, only do so when you have the time to relive the scene from beginning to end.

Having sex is fun and writing it should be fun, too. Use the above tips to create a sex scene that hits the high notes and makes the reader beg for more.

Before you go, check out these additional resources: 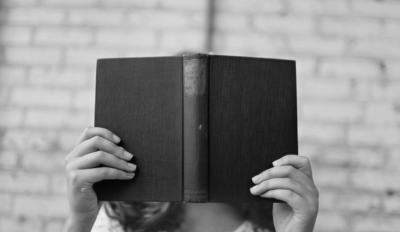 Designing Your Book's Back Cover
Not sure how to design your book’s back cover? Follow this beginner-friendly guide:...
Read More 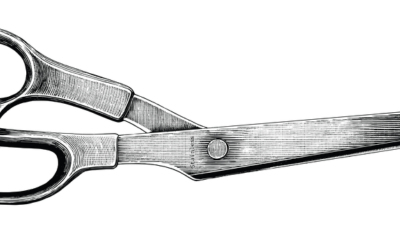 That's a Beautiful Sentence. Cut it.
As Georges Simenon edited his work, if he came across an especially beautiful sentence, he did something very odd....
Read More 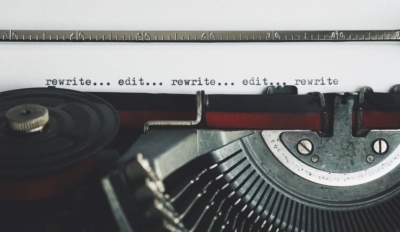