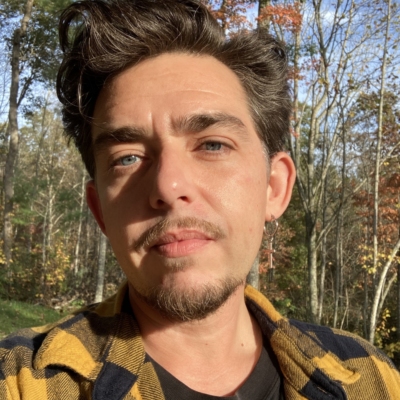 Tennessee Jones has been editing novels and memoirs for over a decade. He worked as a fiction and non-fiction editor at Soft Skull Press for five years, and has since enjoyed working with writers as freelance editor, consultant, and writing coach. Tennessee is the author of the Lambda Award-nominated collection Deliver Me from Nowhere, and his current novel-in-progress was named a finalist for the 2019 Creative Capital Award in Fiction. He is the recipient of fellowships and residencies at MacDowell, The Fine Arts Work Center, Lambda Literary Foundation, Lower Manhattan Cultural Council, and Phillips Exeter Academy. His fiction and essays have appeared in The New York Times, The Believer, and numerous other publications. He holds master’s degrees in fiction and social work from Hunter College, and a master’s in divinity from Union Theological Seminary.

Some of Tennessee’s editorial work includes She Wants It by Joey Soloway, the Emmy-Award winner creator of Transparent. Soloway’s memoir was described by The New York Times as speaking “urgently to our cultural moment.” He worked with the Younger and Walking Dead star Nico Tortorella on Space Between, a memoir detailing the actor’s explorations of love, gender, and addiction. Memoirs Tennessee has consulted on include The Fairest by Meredith Talusan and I Have Always Been Me by Precious Brady-Davis.

A few of his fiction titles as a consultant are Your Heart is a Muscle the Size of Your Fist by Sunil Yapa, which was named Most Anticipated Book of 2016 by Wall Street Journal, Entertainment Weekly, TIME, Huffington Post, The Chicago Tribune, and Buzzfeed. The Big Fear, a debut crime thriller by Andrew Case, garnered a multiple book deal for the creation of the Hollow City Series. Tennessee’s fiction titles at Soft Skull Press include Jane: A Murder by Maggie Nelson, Branwell by Douglas A. Martin, Choir Boy by Charlie Anders, and Tear Down the Mountain by Roger Alan Skipper.

He has a passion for literary fiction, LGBTQ, crime, poetry, and anthology.

Please scroll down to view his select booklist.