Character Development: How to Create a Consistent… | NY Book Editors
‹ Back to blog

Character Development: How to Create a Consistent Voice 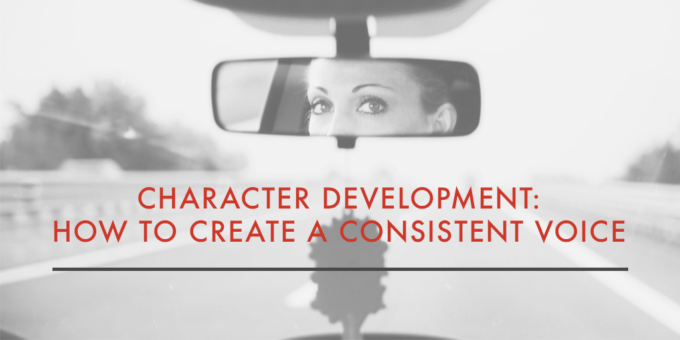 Here’s the spoiler: you’re absolutely capable of crafting an authentic and identifiable voice for each character, and we’re going to show you exactly how to do it. Let’s get started.

In your book, you’re dealing with at least three voices at any given moment. There’s the author’s voice, the character’s speaking voice, and the character’s internal voice. Additionally, you’ll have plenty of other characters who speak. To make matters even more confusing, they may all sound different from each other. All of them.

Let’s start by discussing what voice is. Voice is the character’s way of seeing the world. It’s not just about word selection, it’s also about how the character interprets and responds to events internally. The character’s internal dialogue influences how they speak and what they choose to say.

Why is it Important to be Consistent with Voice?

Voice consistency creates trust with the reader.
Tweet this

Your reader is perceptive and will detect the smallest deviation in voice. To create a relationship of trust with your reader, you have to pay attention to voice consistency.

Your goal is to create voices so distinct that each character can be identified without a tag line. If you can accomplish this, congratulations: you’ve successfully created voice consistency.

1. Create a Backstory for Each Character

There’s one important law you should remember about character development: Thou shalt know thy character’s past.

As a writer, it’s your duty to know their backstory, even if you don’t share it with your reader. Creating a backstory helps you get clear about who this character is.

It’s akin to being around someone you dislike because of their dreadful personality, and then one day you find out something devastating happened in their past. It humanizes them and softens your heart towards them.

Each character deserves your sympathy, even those you don’t particularly like. This is how you’ll develop a full, rounded character. If you don’t create a backstory, you’ll have a tendency to draw a one-dimensional caricature.

In her post, Maybe Your Bad Guy is Right, K.M. Weiland shares this advice:

“Even if you find the bad guy generally repulsive, you need to be able to put yourself so thoroughly into his shoes while you’re writing him that, just for those moments, you almost believe his slant yourself.”

A backstory makes it infinitely easier to hear the character’s voice and sympathize with him.

Devote a note (or a virtual folder) to each main character in your book. Add to it as you craft your manuscript. This bible should contain everything about the character including:

If you don't have a good note-taking app, try Evernote, which allows you to add files, website clips, audio, and images to your notes.

2. Do a Character Study

As you can probably tell from the first tip, character development will take a lot of time. But the good news is, when you’ve researched the character well enough, you won’t have to spend a lot of time agonizing on what the character will say. It will flow like instinct, sort of like how you know what your dad would say if you suddenly decided to quit your job and sail around the world. You’ll know the character as well as he can be known by another human being.

Here’s the thing about any character that you write: he or she has lived an entire life in a three-dimensional alternate universe. Acknowledge and understand that, as a writer, it’s your job to observe who they are, how they act, and how they respond to stimuli.

Exercise: Be the character for a day

Put on your character as you would a suit and spend your entire day responding to the world as that character.

A character’s voice is largely defined by what they say to themselves. In other words, thoughts create voice. A character’s internal dialogue may be self-deprecating, self-aggrandizing, sensitive, or sarcastic.

The character’s internal dialogue is the filter that he uses to see the world. That’s why backstory is so important -- the character’s past creates this filter. If he experienced a traumatic event in his recent past, he may be more open to living life to the fullest or he may be more closed or fearful. His past influences how he responds to present events.

This one works best in combination with tip #3. As you spend the day as the character, document what he or she would think. For example, what is your character’s internal dialogue at breakfast, in traffic, at work, at dinner with friends? Jot down what he would say and how he would say it in his mind.

Your character probably won’t speak like you, and this trips a lot of writers up. Most of us tend to write in a way that sounds similar to our internal voice.

It’s also easy to fall into the trap of creating unnatural, exaggerated dialogue to make the character sound unique or folksy. The road to hell is paved with ‘Ello Gov’na and aw shucks.

Instead, spend a lot of time researching how people speak naturally. If you’re writing a character from the Victorian era, read actual letters and literature written during that time. That character will sound completely different than a 14-year-old snapchatter, and neither of them will sound like you.

Also note that every character has a natural rhythm to their sentence structure. A character may blurt out short, halting commands, or trail off a hushed mumble. Notice how comedians impersonate famous celebrities. You’ll recognize they are impersonating by the way that they modulate their voice, the choice of words, and the cadence of the speech.

Research speech by going to a place where there’s a lot of people speaking. Go people watching (and eavesdropping) at the mall, a coffee shop, or a restaurant. Pay special attention to word selection. Do they use any slangs or idioms? Are they loud and overpowering or soft and diminutive? Be sure to bring your notebook.

Each character has a voice, but it can get weakened in dialogue with another character. Juggling the speech of two or more characters can often result in the weaker one losing his voice, and the stronger one sounding more idealized and less realistic.

This is why you need to be sure what your character will say at every turn.

Within the character bible that you’ve created, include a section that’s dedicated to each character’s dialogue. This will allow you to create a consistent voice.

After you’ve written your manuscript, go through and copy and paste each character’s dialogue into a dedicated file. Now, read through the dialogue and look for any inconsistencies. Also make note of repetition (i.e. favorite phrases, specific sentence structure, passive or active voice). Next, tweak each line of dialogue to create consistency of voice.

This gives you an incredible amount of control. It allows you to notice when a character sounds inauthentic.

So, you know the basics of your character’s personality and life, but do you know other key events that contribute to his voice, such as his political ideology or his moral code?

Ask these questions for each main character. Feel free to add more. This is just the starting point:

Character development begins with voice. By understanding what someone says to themselves and how they choose to verbalize their internal dialogue, you can create a realistic and dependable character. 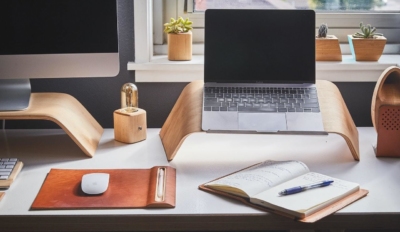 How to Set Up Your Office to Write From Home
Is it time to set up your home office, but you’re not sure where to start? In this post, we share top tips on creating t...
Read More 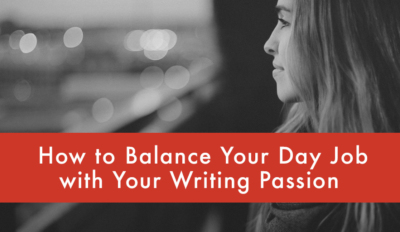 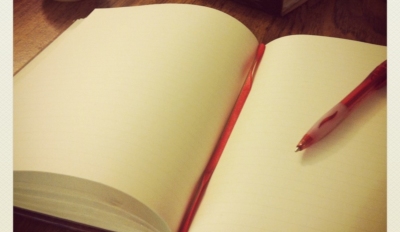