6 Types of Story Heroes | NY Book Editors
‹ Back to blog

6 Types of Heroes You Need in Your Story

Every story needs a hero. As humans, we have an intrinsic need to root for someone in the story. But there's no single definition of a hero. Depending on your storytelling, your hero may be an average guy who's thrown into the midst of a harrowing circumstances. Or, your hero could be a girl who descends from the gods and is stepping into her rightful place as a warrior queen.

It's important to find a hero that truly captures the spirit of your story and is able to carry its theme. But how?

In this post, we're going to look at the most important hero types in storytelling.

For the sake of simplicity, we'll use the masculine form of hero in this post, but note that the following traits apply to both genders.

The first type of hero we’ll meet is the willing one. You know this hero because he runs towards danger with a gleam in his eye when everyone else is running from it.

The willing hero is motivated by the obstacles that he faces. He’s always ready for challenges, and is bored of a life that doesn’t provide some threat to overcome.

The willing hero is also noted for his bravery. Unlike some other heroes on this list, the willing one is fearless and daring, almost to a fault. He’s optimistic and overly self-confident in his abilities.

The potential danger of writing the willing hero is that he may not be relatable to the reader. Modern readers tend to like nuanced heroes who may be conflicted, may not know the right path and may not always demonstrate unflinching bravery in the face of almost certain defeat.

Of course, many wonderful stories feature this type of hero, so don’t let the difficulty in writing this character dissuade you. If you do choose the willing hero, don’t try to make him relatable. Instead, make him admirable or aspirational.

The unwilling hero (also known as the reluctant hero) is never comfortable with his title. He wishes that anyone else could take the task; however, he innately understands that he alone has been chosen to do it.

This type of hero is often characterized as an ordinary person who finds himself with an extraordinary task. The unwilling hero has no superpowers, no magical abilities and no inherited traits that could prepare or equip him.

The challenge in writing this type of hero is that you need to constantly show his ambivalence without causing the reader to implode. You’ll have to carefully pace your characterization throughout the story to show that your unwilling hero is growing into a legitimate hero after all.

The tragic hero is deeply flawed and that flaw leads to his undoing.

However, the tragic hero is not to be scorned, but rather pitied. You see, in Aristotle's definition of the tragic hero, the hero loses everything through a reversal of fortune (also known as peripeteia). His downfall doesn’t come from immorality or corruption, but rather from an error in judgment or the sudden whim of fate.

Ah, the tragic hero. Don’t we all know someone like this?

The tragic hero is more of a device than a character. His downfall elicits compassion and fear in the reader. It creates an emotional experience, especially if the reader follows the hero from triumph to tragedy.

It may be interesting to include a tragic hero in your story as a secondary character. This hero can create a counterbalance to your story’s protagonist.

The classical hero is one of the most common in literature. He is perfect, almost impossibly so.

Like the willing hero, the classical hero is courageous and eager to do what’s right. He often has a built-in code of ethics that leads him down the virtuous path, even if he has some inner conflict.

Most classical heroes benefit from divine heritage or supernatural powers. He stands apart from the crowd because he’s superior in some way. Perhaps he’s an incredible fighter or a skilled strategist. Or perhaps he has access to magical elements, like swords, shields, cloaks, or immorality.

While the classical hero is one of the most famous types, he also suffers from the same issue as the willing hero: relatability. How does the reader relate to someone who’s unbelievably perfect? How does the reader root for a hero that can be imprudent, reckless, and selfish? The short answer is that they don’t, which is why this type of hero is so difficult to write in modern literature. The classical hero was celebrated in ancient Greece, but doesn’t find much applause in the modern world.

Similar to the willing hero, you can focus on writing the classical hero from the lens of admiration. You can also explore the inner conflict that this hero experiences.

Here's the potential danger in writing either the willing or the classical hero:
Tweet this

The epic hero is somewhat of a legend. He represents the best of a culture, and therefore becomes larger than any one person. Whether the culture is noted for its self-sacrifice, its humility or its strength, your epic hero will embody that quality.

The epic hero starts out as an ordinary person, contemporary with his time. However, as the story unfolds, the epic hero becomes more apparent. He’s noted for quick-thinking, selflessness and/ or endurance. While the epic hero is usually on a physical journey, his inner journey is just as interesting to explore. When this hero comes face to face with evil, he must first fight the inner battle.

The antihero is fun to read but notoriously difficult to write. For one thing, he isn’t traditionally heroic. You need the reader to build an emotional attachment to this character, and this is more difficult if you create an unsympathetic character. Therefore, if you choose to make your protagonist an antihero, you’ll need to work extra hard on characterization.

You can’t rely on cute one-liners to develop your antihero. While he may wish to present a different image, the reader should see the antihero’s weaknesses clearly and quickly. The antihero must be vulnerable in order for him to be sympathetic.

He often lacks the courage to do the right thing and is only loyal to himself. He’s definitely not squeaky clean. However, he’s no villain either. Your reader can see that he’s truly a hero in disguise and eventually will do what’s right.

12 Reasons Why You Need a Professional Editor
Do you really need a professional editor? Yes! In this post, we share 12 reasons why you should work with a professional...
Read More 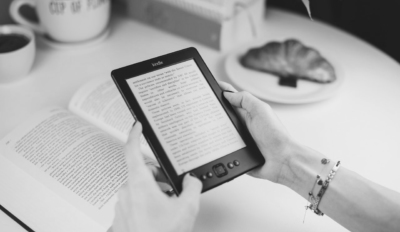 What You Need to Know About Working With Beta Readers
Not sure whether you should enlist the help of beta readers for your book? Not even sure what beta readers do? Check out...
Read More 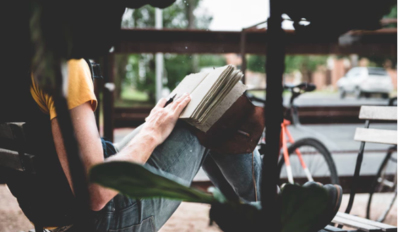 How to Pitch Your Non-Fiction Manuscript Like a Pro
Pitching a non-fiction is a lot like selling a business idea. An uphill battle that can be won with plenty of preparatio...
Read More