5 Writing Cliches to Avoid | NY Book Editors
‹ Back to blog 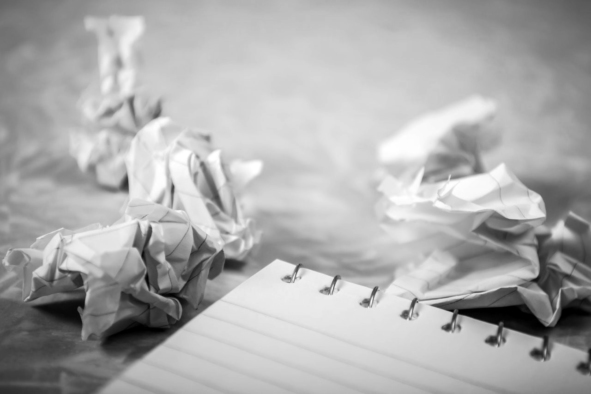 In this day and age, writers should avoid cliches like the plague.

See what I did there?

The only thing worse than writing a cliche is forcing your audience to read one. As a writer, it's your job to come up with creative storytelling.

In this post, we'll discuss the most common cliches in literature and how to avoid repeating these mistakes in your own stories.

What Exactly is a Cliche?

Cliches are two-fold. A cliche can refer to an overused phrase or expression. But another definition for cliche, and the one that we'll rely on in this article, is a worn-out idea that should've been put to bed a long time ago.

Here's why you shouldn't use cliches in your writing:

As you can see, cliches are never good to use in your writing. You can't exactly call yourself a creative writer if you're relying on the creativity of other writers from long ago. What will make your story so captivating is your unique spin on telling it? But if you load it down with predictable ideas, you'll lose the magic of your writing.

So, avoid cliches whenever possible or turn them on their head, if your genre requires them. Let's get started by discussing the most treacherous offenders.

Here’s a look at the most overused literary ideas.

One of the most common cliches in all of literature is the love triangle. Two lovesick puppies vying for the affection of one character. Excuse me while I roll my eyes.

The love triangle is a staple, especially in the romance and YA genres, and is not likely to be abandoned. However, if your genre requires that you use this cliche, at least turn it on its head. Instead of following the predictable pattern of the protagonist choosing the one that he or she obviously has the most chemistry with, try something unusual like not introducing a love story at all, or allowing the protagonist to choose the wrong person, only to regret it in the end.

In the chosen one cliche, only this one person can change the world. In fact, the fate of the entire world rests on this one character (who’s usually in his teens or early 20s).

Are you as tired as I am of the chosen one cliche?

You know this one well because it's perhaps the most popular literary cliches of all time, seen everywhere from The Lord of the Rings to Nineteen Eighty-Four. One thing that George Orwell does well in Nineteen Eighty-Four is to shake up the idea of the chosen one. Here's a vague spoiler alert: The protagonist, Winston, may be considered by the reader as the chosen one initially, but over the course of the novel, it becomes painfully clear that no one can escape the tyranny of totalitarianism.

She's tough as nails. She's mad as hell. She's a maneater. Unless you want your heroine to sound like the lyrics of a 1980s song, you have to avoid this two-dimensional stereotype. Strong women don't have to be physically strong or display traditionally masculine qualities in order to be "strong." But that also doesn't exclude this type of woman from being a heroine.

My point is that your characters, male and female alike, must have dimension. There needs to be a motivation behind why they are the way that they are. Creating the portrait of a woman who only exists in fairy tales is not solid storytelling. It will disappoint your reader because this type of character is hopelessly unrelatable.

For more information on writing women, be sure to check out this guide: Your Guide to Writing Women.

At the risk of sounding heartless, and it wouldn't be the first time, don't fall back on blaming abusive parents for your character's bad behavior.

Every human on earth can point back to a time when their mommy didn't hug them or tuck them in (some admittedly more than others). However, that is not an excuse or a motivation for your character's behavior— that's just lazy writing.

The bad parent is a common cliche in writing that's used to explain away poor choices. However, there are plenty of people who don't become evil because of a past wrong. For this reason, you need to rely on characterization, mainly personality, instead of the default bad parent cliche.

5. First Person Narrator Describing Himself/ Herself in the Mirror

First person, third person— each point of view has its perks. But when it comes to describing a protagonist, it's a lot easier to do so when writing in the third person. As the narrator, you're able to objectively describe every character in your story, including the protagonist. However, when you're writing in first person as the protagonist, self-descriptions get tricky. How do you do it without making the narrator-protagonist sound self-indulgent or self-effacing?

You could use a mirror or reflection, but don't do that. It's an unrealistic cliche that shows your laziness as a writer. Who stands in front of the mirror and rattles off a list of what they look like?

Instead, you can leave it up to the reader to form his or her own imagination. Weave in hints about what you imagine the protagonist to look like (describing his parents or allowing another character to remark about his features), but don't allow the narrator to describe himself. It’s cringeworthy.

Cliches were not always cliches. Once upon a time, they were each fresh ideas. Just like those writers of yesteryear, you can come up with your own unique spin on storytelling. Challenge yourself to come up with different ways to tell a timeless tale.

Challenge yourself to come up with different ways to tell a timeless tale. Here's how:
Tweet this

Do you have any additional literary cliches that you hate? We’d love to hear them. Share it in the comments section below.

And before you leave, be sure to check out these related posts: 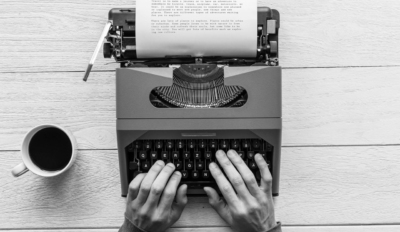 Productivity and You: How to be a More Efficient Writer
Need advice on how to become a more prolific and efficient writer? Here are easy-to-follow tips:...
Read More 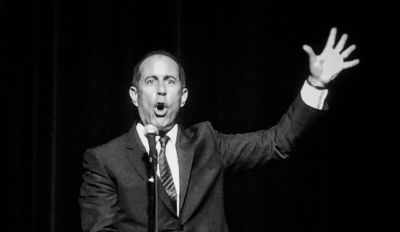 Literary Devices Part II (Rhythm)
This second installment of our mini-series on literary devices is about devices that use rhythm....
Read More 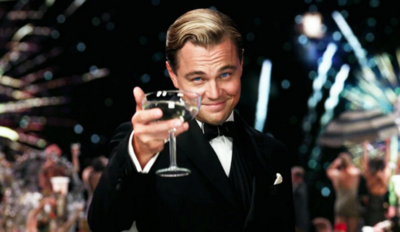 Advice on Writing a Book from 5 Famous American Authors
The best advice on writing a book comes from those who have written books that resonated with multiple generations.   ...
Read More