Finding Inspiration While You Write | NY Book Editors
‹ Back to blog

Finding Your ‘Big Magic’: How to Stay Inspired While You Write 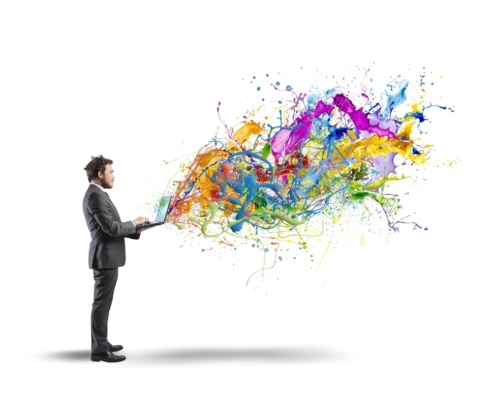 There are many difficult things about writing a book, among them remaining focused and simply staying the path. It’s incredibly hard to continue to write, especially if you feel uninspired or lost.

You may wonder – is my story working? Are my characters compelling? Where am I ultimately going here? And, on other days, you may simply feel that you have nothing to say… nothing to write.

So how do you combat the doubts? How do you quash feelings of creative inadequacy? How do you stay inspired? Well, among other things, you can take solace in the fact that, having simply started the journey of writing a book, you’ve taken the first important step in tapping into the secret well of creativity inside yourself.

What’s this “well” I’m speaking about? Elizabeth Gilbert, a journalist and the author of such bestsellers as Eat, Pray, Love, explores this idea in her new book Big Magic. She believes there is one central question all creative individuals must ask themselves:

“Do you have the courage to bring forth the treasures that are hidden within you?”

For Gilbert, all of us have a “hidden treasure” inside—the key is figuring out how to unleash it. She writes:

“I happen to believe we are all walking repositories of buried treasure. I believe this is one of the oldest and most generous tricks the universe plays on us human beings, both for its amusement and for ours: The universe buries strange jewels deep within us all, and then stands back to see if we can find them.”

Gilbert believes you, as someone undertaking a major creative endeavor, have taken the first step to finding the hidden treasure inside you. “The hunt to uncover those jewels,” Gilbert writes, is what defines “creative living.” And, for her, “the courage to go on that hunt in the first place—that’s what separates a mundane existence from a more enchanted one.”

So now you can pat yourself on the back for choosing to “go on that hunt,” for simply opting to do the hard work of writing a book.

Gilbert breaks down the path to finding “big magic,” and living a creative life, into six segments. The first, as noted above, deals with courage, and simply having the chutzpah to decide to commit to a creative endeavor. The other five topics she explores in the book, with a section devoted to each, are: Enchantment, Permission, Persistence, Trust, and Divinity.

Two of the sections that particularly struck me, and probably any author can appreciate, are Enchantment and Persistence. In the Enchantment section of the book, Gilbert explores the idea of inspiration and how certain ideas can take hold of us and become the basis for a creative work. When an idea strikes, what’s key is how we react.

Here Gilbert relates how, after writing her bestselling memoir Eat, Pray, Love, she decided to write a novel. Fascinated by a story her boyfriend told her, about an attempt by the Brazilian government to build a highway through the Amazon, Gilbert began working on a love story that leads a woman to the Amazon. But life got in the way.

Her then-boyfriend, who is not American, was detained by the Department of Homeland Security and kicked out of the country. She had to leave the States to be with him – and could only return together if they got married.

The novel was pushed to the back-burner as she traveled around with her boyfriend, figuring out how to return. During this time, she wrote about the experience in a memoir called Committed.

After Committed was done, and she was at home with her new husband, she tried to return to her novel. Being a persistent writer, she spent months trying to revive the inspiration she had had when she started the book.

But it was gone.

This, she warns, is a moment she could have become heartbroken, which is of no use. If you lose an idea, it’s ok to mourn the loss, but don’t let it consume you. She writes:

“I understood that the best you can hope for in such a situation is to let your old idea go and catch the next idea that comes around. And the best way for that to happen is to move on swiftly, with humility and grace.”

For Gilbert, inspiration—and catching good ideas—is all about being open. You can’t get hung up on an idea you lose. Maybe you had a great idea for a new plot twist in your book, but now it isn’t working. Don’t give up, and stay focused on the fact that something you thought was great isn’t working out the way you planned. Instead, move on and know that another idea—if you’re ready for it—will come along. As Gilbert writes:

“Ideas of every kind are constantly galloping toward us, constantly passing through us, constantly trying to get our attention. Let them know you’re available. And for heaven’s sake, try to not to miss the next one.”

In the Persistence chapter of Big Magic, Gilbert relates one of our favorite anecdotes in the book, about how she made a “vow” to herself, at age 16, that she would become a writer. This struck us so much because “success” in any field, especially writing, is personal, though it’s easy to forget that. We shouldn't let others set the rules for what success means to us.

Gilbert writes that her teenage vow was not built around notions of money or even greatness, but instead, commitment to the act. She writes:

“I simply vowed to the universe that I would write forever, regardless of the result. I promised that I would try to be brave about it, and grateful, and as uncomplaining as I could possibly be.”

I think that’s great advice. If you love writing, vow to yourself to keep plying your trade, to keep improving, to simply keep going. That’s the only thing you can control, and ultimately, it’s the only thing that matters.

You can learn more about Gilbert's ideas in Big Magic here.

If you’re looking for literary inspiration, and want guidance on your book, find out how NY Book Editors can help you. 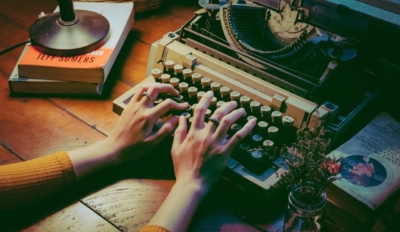 How to Become a Ghostwriter
Is it a good idea to become a ghostwriter? In this post, we discuss the benefits and challenges of ghostwriting, and how...
Read More 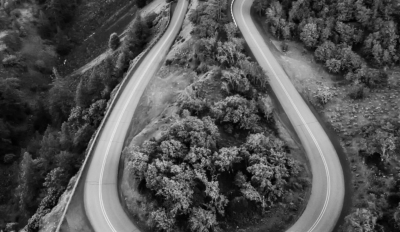 All About Plot Twists
How do you craft a plot twist for your novel? Here are the essential tips:...
Read More 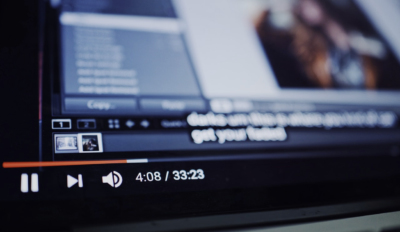 How to Use YouTube to Promote Your Writing
Video may have killed the radio star, but it could do wonders for your career as a writer....
Read More