Everything You Need to Know About Writing Endings 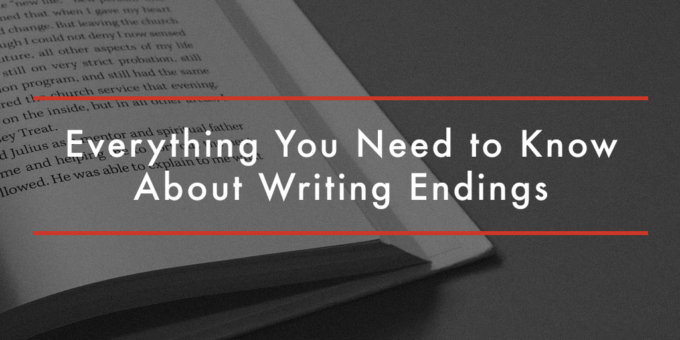 You’ve agonized over the first line, and rightly so. It’s the best bit of marketing you’ll ever have. The perfect first line can sell your book.

However, in many ways, the last line is more important than the first line of your book. It’s when you finally deliver the goods to the reader. If you’ve gotten a reader to stick with you until the very last line of your novel, you need to offer them the most astounding bit of literary perfection you can muster.

The last line is often more important than the first line of your book.
Tweet this

No pressure or anything.

Below, we’re following up on our popular post, The Art of the Last Line: How to Find Your Story’s Ending. Get ready to take notes, because we’re sharing an actionable guide on how to nail the perfect ending to your triumphant novel.

Let’s start with a question.

B) Hook the reader into reading your next novel

D) All of the above

If you choose D), you’re right on the money.

So, how do you create such an ending? First, let’s look at the types of endings you can employ in your novel.

There are six types of endings for your novel. They are:

This ending ties the ending back to the beginning. It can bring the reader back to the opening scene or first line, but provide added depth.

The perfect loop isn’t the easiest ending to write. It requires planning and editing to craft both an ending and a beginning that feels easy and authentic, not forced or artificial.

This ending is a tough one to master. In this type of ending, you completely switch up the story and take the reader by surprise. Maybe a new detail is revealed or the narrator is proven unreliable. It’s unexpected, but it should always make sense upon reexamination.

Remember this: All endings should be satisfying. If you choose to twist the ending with a surprise, be sure that there’s plenty of foreshadowing spiced throughout your story.

The Moral of the Story

Sometimes, the last line should just spell out what you really want the reader to get from the story.

It doesn’t have to be in the preachy tone used in children’s fables, though. It can be a realization of the narrator or protagonist.

My favorite example of this is showcased in the entire last paragraph of the novel, I Know This Much Is True, by Wally Lamb:

“I am not a smart man, particularly, but one day, at long last, I stumbled from the dark woods of my own, and my family's, and my country's past, holding in my hands these truths: that love grows from the rich loam of forgiveness; that mongrels make good dogs; that the evidence of God exists in the roundness of things. This much, at least, I've figured out. I know this much is true.”

I Know This Much Is True, Wally Lamb

Sometimes, you don’t want to give away everything about the character. Perhaps you’re not even certain yourself. Or you may have a sequel in mind, and there’s no sense in tidying up the lives of characters you’ll revisit in the future.

In these cases, rely on the trusty cliffhanger. This ending feels like the close of a chapter, and gets the reader excited about the next story. Here’s an example:

“She closed her eyes and let go of the gun. He put it on the floor, took out his mobile, and dialled the number for emergency services.”

The Girl Who Played With Fire, Steig Larsson

Beware, though. Cliffhangers are hard to do well. The reader often comes away feeling cheated, especially if they don’t know when or even if you’ll write a sequel.

If you’re a new author, it’s probably best to avoid cliffhangers in favor of another type of ending. But, if your heart is set on this one, just remember the following:

The best way to create a cliffhanger ending is to tidy up the main plot points you’ve introduced within the course of the novel, but let the reader know there’s still more to explore with this set of characters.

The “Happily Ever After”

Alternatively, we may call this one the “crystal ball”, because not all endings of this type are happy.

In this ending, you’ll explain what happens in the future. You’ll do this by following the eventual lives of the characters you’ve introduced.

Often times, this type of ending occurs as the finale in a series. It’s a way to tie up loose ends without having to devote a new book to it.

Happily ever after endings can feel rushed, if you don’t write them correctly. Remember that each character’s story arc should be foreshadowed within the text.

A prim and proper Southern belle who, in the epilogue, has run off and joined the travelling carnival doesn’t make much sense unless you’ve planted seeds along the way.

The Vagueness of It All

Some authors choose to provide a vague and murky ending. This is the type of ending where things are left unsaid.

An ambiguous ending is often exasperating. Readers don’t want to take your story and come up with their own conclusion. They want to know what you, the writer, think. They want a chance to say goodbye to the characters. By leaving important plot points up in the air, you rob the reader of a rewarding end.

Avoid this type of uncertain ending and rescue your readers from the agony of unanswered questions.

Edit With the Ending in Mind

When you first set off to write your novel, you probably have no idea where it’s headed. You may know where you’d like to go, but the characters often take off in their own directions and instead of being the dictator, you become the record keeper.

So, how do you have the ending in mind when you don’t even know what the ending will be?

Easy. Take care of that with the editing process.

Editing is essential to writing because the first draft will always be just that—a first draft. It won’t rise up to the level you need to create a taunt and satisfying novel. The first draft helps you blurt out the words and get everything down. The second draft, and so on, helps you mould those words into something masterful and worthy of your reader’s time.

Once you start to edit your draft, start shaping it so that the ending seems inevitable from the beginning.

Notice I said inevitable, but not obvious.

Threaded throughout your novel should be a foreshadowing of the ending that’s only revealed in retrospect. While you don’t want the reader to predict the ending from the beginning (how boring is that?), you do want the reader to go back and look for clues to how this ending was always going to happen.

Now, let’s take a look at some of the best last lines literature has given us.

“So we beat on, boats against the current, borne back ceaselessly into the past.”

This last line from the iconic novel, The Great Gatsby, is one of the most praised in all of literature. In one sentence, it perfectly captures the mood and underlying theme of the novel. It poetically describes the human struggle to improve one’s condition even when it’s only an illusion.

This heartbreaking end to a biting social commentary will likely leave the reader with feelings of hopelessness, but the truth is this ending was inevitable from the beginning. The crushing tyranny of Big Brother leaves no survivors.

“Barrabas came to us by sea…”

The House of the Spirits, Isabel Allende

What stands out about this last line is that it’s also the novel’s first line. It brings the reader back full circle to the story’s beginning. Even in its simplicity, this line carries much more weight than it did when the reader first began the novel, because the reader now has a deeper understanding of what this line means.

“I am haunted by humans.”

As narrator, Death offers this profound insight on humans. What’s so astounding about this line is that most humans are afraid or haunted by death, but in an interesting twist, Death is actually scared of humans.

Write an ending that makes the heart ache and then ponder. Craft a line that echoes in your readers’ minds for a long while after. The last line is your elusive entrance into literary immortality—be careful and good luck. 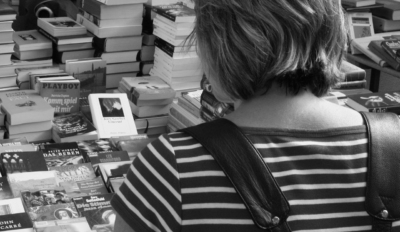 5 Tips for Marketing Your YA Novel
Looking for ways to market your YA novel? Here are five of the best strategies for gaining traction that you’ve probably...
Read More 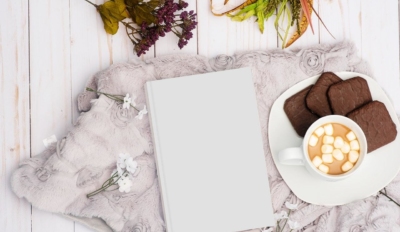 How to Create an Engaging Back Book Cover
Your book’s back cover is your best marketer. It will either make or break the sale. In this post, we share must-know ti...
Read More 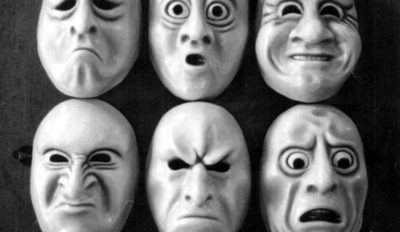 Writing Emotional Moments
Emotion is one of the hardest things to write....
Read More